Frustrated with CPAP? Remember why you use it. 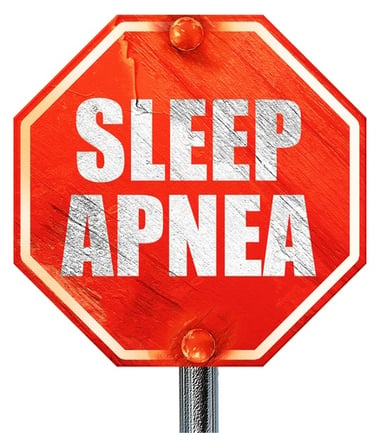 No matter how much a CPAP machine may help you relieve your obstructive sleep apnea (OSA), sooner or later most people get frustrated with using it. Putting this mask on your face every night, just to breathe—what a bother. Or you may think, “I’ve used it for a long time, can’t I go without it now?”

Obstructive sleep apnea (OSA) is a deadly medical condition, but most death certificates do not list sleep apnea as the cause. Another condition is named, but sleep apnea may be linked to it.

CPAP is the gold standard for treating OSA, providing pressurized air to open an obstructed airway. Treatment needs to be continual. After all, oxygen is the most essential element to humans: We can live only 4 MINUTES without oxygen.

Sleep apnea is associated or linked with every leading cause of death in the United States:

Why is sleep apnea so pervasive?

During sleep, an apnea occurs when the airway muscles and tissues relax and 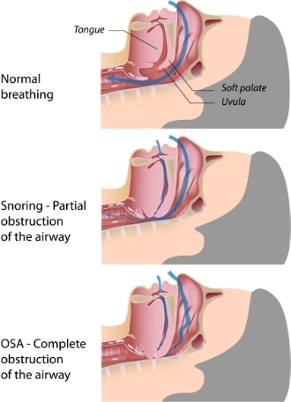 collapse into the airway. This obstructs the airway, preventing any air from getting into the lung. Apneas usually last 20-40 seconds, then the sleeper may choke, gasp or snort, will take a couple large breaths, then the next apnea may be close behind.

Because the obstructed airway prohibits air from getting into the lungs, the body and brain are deprived of oxygen, a vital element required for functioning and survival.

Hypoxemia (low blood oxygen) results, and the body reacts by going into the “fight or flight” mode, releasing stress hormones. The lack of oxygen affects every organ system.

During an apnea, the heart will sense there is a lack of oxygen and begin to slow down its beat. Then the brain throws the emergency switch. The person gasps for breath, and then the heart frantically pumps the oxygen to the brain and body. The heart beats quickly, getting the life-sustaining oxygen to the starving cells. The heart will return to a normal pace again until the next apnea occurs. Then the cycle begins again.

Heart attacks and heart failure. When cells are starved of oxygen, they are damaged and will eventually die. The bradytachycardia rhythm also takes its toll on the heart and the blood vessels. Damage to the heart may result in a heart attack or heart failure. 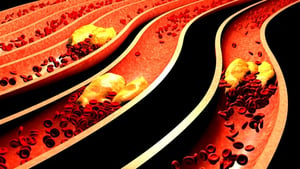 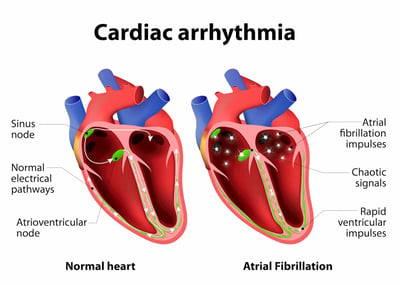 Atrial Fibrillation. The electrical conduction signal of the heart can also be damaged by hypoxemia. This will result in cardiac misbeats (arrhythmias) occurring.

Atrial fibrillation (A fib) and other arrhythmias occur when hypoxemia and resulting stress hormones damage the heart conduction system, causing cardiac dysfunction in the form of irregular heartbeats.

Several research studies have found sleep apnea to be linked to cancer. Data found in recent studies confirm that there is a direct relationship between untreated sleep apnea and the support, growth and spread of cancerous tumors.

Mice studies have found that intermittent hypoxia (another form of hypoxemia) can be blamed for increased resistance of cancer cells to therapies such as radiation.

Studies show that people with severe OSA were 65 percent more likely to receive a cancer diagnosis, especially for men under the age of 65 than those without OSA. People with OSA had significantly higher risks for prostate cancer, and nasal, brain, colon, and breast cancer were found to occur more frequently for those with OSA. People with untreated severe OSA face a five-times-higher risk for developing and dying from cancer. 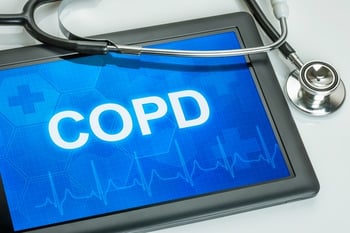 Chronic obstructive pulmonary disease (COPD) is a respiratory condition caused by smoking and other pollutants. It presents as difficulty taking air into the lungs because of inflammation in the bronchial tubes (such as bronchitis) and difficulty breathing air out of the lungs (such as emphysema). This breathing inefficiency causes COPD patients to have increased hypercapnia.

Overlap syndrome is the condition of a patient suffering from both COPD and OSA. Though COPD and OSA are not causally linked or associated, they are both respiratory disorders that can impact each other. If a person has COPD and thus has an elevated hypercapnia level, that person will suffer more when they experience sleep apnea. The untreated sleep apnea will prohibit the intake of oxygen and will add to the body’s burden of too much carbon dioxide.

If the person decides to get treatment for his sleep apnea, he will decrease his suffering by eliminating the low oxygen and high carbon dioxide caused by the sleep apnea.

The newest CPAP technology addresses COPD’s dilemma. New machines are designed to detect the volume of air intake, thus offering the ideal amount of air volume for the person so they can get sufficient air into their lungs. These AVAPS ad IVAPS machines are god-sends to those suffering from COPD and other restrictive lung diseases. 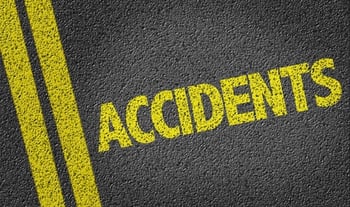 In the work place, employee performance and safety suffer from sleep apnea and sleepiness:

More likely to be involved in accidents—70%

Nearly twice as like to die in a work-related accident 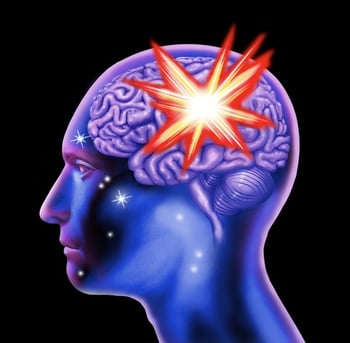 A stroke is as an incident that “occurs when blood flow to an area of brain is cut off.” A lack of oxygen (hypoxemia) is a critical factor of a stroke’s etiology. Hypertension and atherosclerosis (discussed above) can also block blood flow and cause a stroke.

Research at Baylor College of Medicine found that “only one month of moderate OSA produces altered cerebrovascular function which could result in a stroke.”

A 2014 study (Australian) published in the Journal of Clinical Sleep Medicine showed that people with untreated moderate to severe obstructive sleep apnea were four times more likely to have a stroke.

Dr. Andrew Varga of New York University stated that “sleep apnea may be contributing in some way to the acceleration of cognitive decline as you age.” It was found that patients with untreated sleep apnea may hasten memory and thinking declines, leading to earlier diagnoses of mild cognitive impairment and Alzheimer's disease.

Patients with sleep apnea were, on average, diagnosed with mild cognitive impairment (MCI) nearly 10 years earlier than those who didn't suffer from breathing problems during their sleep. 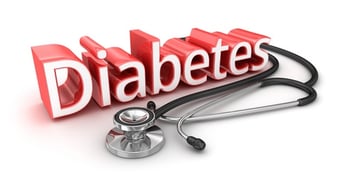 According to Dr. Ralph Pascualy, a sleep physician in Seattle, Washington, sleep apnea is a major contributor to the development of diabetes.

Fifty percent of men with Type 2 diabetes have sleep apnea, compared to an estimated 4 percent of middle-aged men overall.

In people who have diabetes, the prevalence of OSA may be up to 23 percent, and diabetics who have some form of sleep-disordered breathing may be as high as 58 percent.

Sleep apnea is associated with all of the top causes of death. The next time you are feeling frustrated with having to use CPAP, remember the deadly prevalence of sleep apnea and how it really manifests itself through other diseases. Then put on your mask, sleep soundly and live. 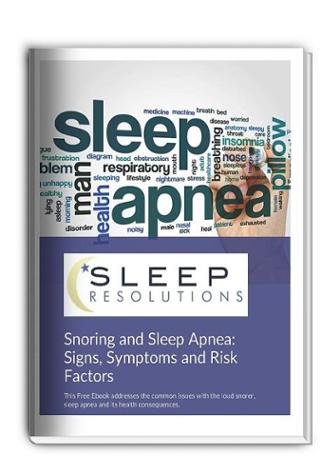