What is a Sleep Study?

Patients often ask, "What is a sleep study?" 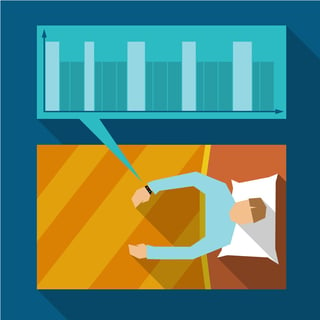 Generally, a sleep study describes any test for diagnosing and/or treating sleep problems. These belong to a category of tests called polysomnography.

The word polysomnography is derived from the Greek roots "poly" meaning many; "somno," meaning sleep; and "graphy," meaning to write.

Polysomnography, in nearly every instance, involves the monitoring of key body processes, such as the patient's airflow, blood pressure, cardiac patterns and activity, work of breathing, blood oxygen levels, brain wave patterns, eye movements, and muscular activity in the limbs. Together, data collected from these separate reports combine to create a comprehensive "big picture" of what happens in the body during sleep.

Most forms of the sleep study are attended by a polysomnographic technologist, who sets up patients with specific kinds of test sensors, then conducts the tests according to doctor's orders. This sleep study is comprehensive and commonly used to identify any existing but undiagnosed sleep health issues, with sleep-breathing disorders and movement disorders of sleep being among the most common.

The NPSG is a test that's attended by a technologist in a sleep center. They apply multiple sensors to your body that are designed to record vital signs and other measurements throughout the night. Once you are "hooked up," you are asked to sleep in a technologically equipped bedroom which includes recording equipment for capturing audio and video data.

While you sleep, the technologist works to ensure the accurate and complete collection of your data, which is sent on after the test is completed to be scored, reviewed, and interpreted by your sleep physician. The technologist is also there to assist you at any time during the night (to use the bathroom, to acquire extra blankets or pillows, etc.).

Generally the NPSG is administered during the evening. However, some patients who work overnight shifts may be scheduled for attended polysomnography during the day, to match their normal sleeping routines.

Have more questions about Sleep Studies?

We understand that you might have further questions about sleep studies. We have written some articles addressing some of these questions below:

Get A Free Sleep Assessment  Get Yours Today