What is Shift Work Disorder? Causes and Symptoms 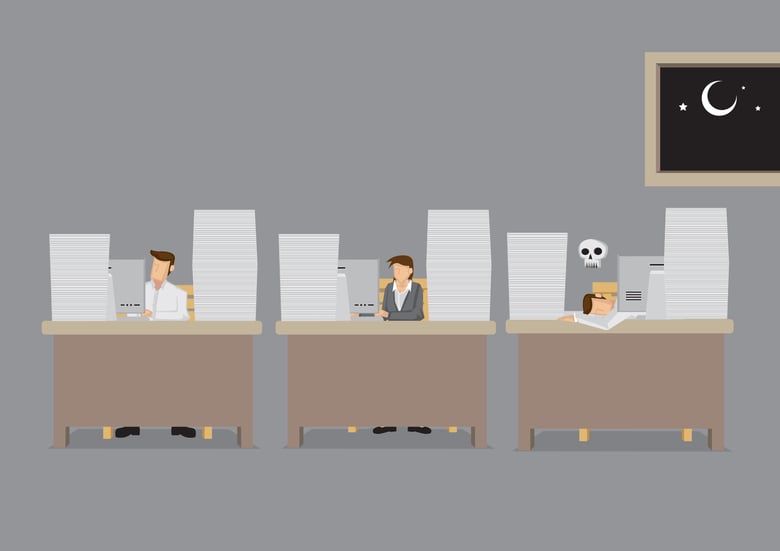 Shift work sleep disorder (SWSD) is a circadian rhythm sleep disorder caused by a person being awake during times when they naturally should be sleeping. SWSD is characterized by insomnia and excessive daytime sleepiness.

The human body needs 7 to 9 hours of sleep to function properly and thrive physically and mentally.  Shift work disorder causes sufferers to get about 4 to 5 hours of sleep in a 24 hour period.

What is Shift Work? 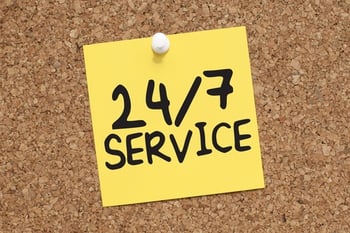 24/7. Companies love to boost that they provide services around the clock.

About 20% of the workforce work shifts other than the standard 9 to 5. Working the third shift, usually 11:00 p.m. to 7:00 a.m. (also known as the “graveyard shift”) can wreak havoc on an employee’s sleep and physical and mental functioning.

But it’s not just the graveyard shift that is considered shift work. Also included in the shift work classification is early-morning shifts that may begin at 4:00 a.m., night shifts which begin at 3:00 p.m., and rotating shifts which alternate day shift with night or overnight shifts.

Who is at Risk?

Not everyone who works an alternative shift suffers from shift work disorder. Some people love their alternative shift. People who are night owls have an easier time working a swing or graveyard shift than a morning lark person may have.

The timing of a particular work shift will affect when the person sleeps, eats and is active. Some shifts, like the graveyard shift, limit the amount of sleep or devastatingly affect sleep quality, causing increased stress on the body and more harmful effects. 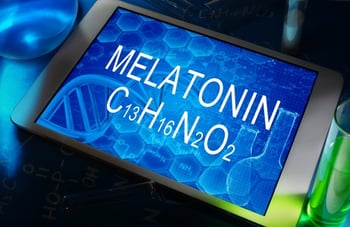 Disturbances in sleep patterns are the hallmark of SWSD. These disturbances can range from not being able to sleep, to waking too early, to getting poor quality sleep.

The circadian rhythms of the human body cause the person to be alert during the day and to sleep at night. Shift workers operate on the opposite schedule.

Normally, the brain releases melatonin when it gets dark outside. Melatonin causes drowsiness and sleep. The morning sunlight causes the brain to be alert, and we stay alert (normally) until melatonin is again released.

What Else Happens When We Sleep?

Even after a few days of sleeping only 4 to 5 hours, wear and tear on the body will show. Lack of sleep causes alterations in glucose tolerance, preventing the glucose (which is fuel) to not be taken up into the cells effectively.

This sleep deprivation causes a decrease in leptin (an appetite-suppressing hormone) and an increase in ghrelin (a hormone that stimulates hunger). This hunger and fatigue makes one reach for food high in carbohydrates, salt and sugar. Oops! Putting on pounds. Obesity contributes to sleep apnea, another serous sleep disorder.

Studies also show that for people who sleep four hours a night (or day), cortisol levels were elevated before sleep and dropped six times slower than a person sleeping more than seven hours. This increased cortisol placed people at a higher risk for diabetes and obesity.

Studies have shown that people who slept less than 5 or 6 hours per night were twice as likely to develop diabetes.

Shift work and the resulting sleep deprivation adversely effects the immune system. The body cannot fight off “bugs” and invaders and as a result, a state of inflammation occurs. 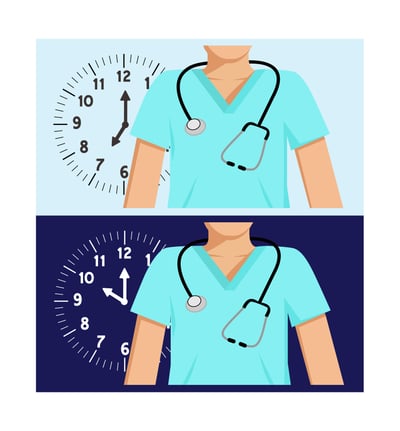 Rotating shifts take different forms but they basically include switching back and forth between day shifts and night shifts, either within a short period of time (within the same week) or every few weeks.

It is more difficult to deal with rotating shifts than it is to work the same shift for a longer period of time.

In a study of 683 men, those working rotating shifts during the night and early morning had significantly lower levels of serotonin, a hormone which regulates sleep and is linked with anxiety, anger and depression.

Humans' propensity to be awake during the day and to sleep at night is caused by the natural circadian rhythms in the brain. Graveyard shift workers may go to bed at 8:00 a.m. planning to sleep 8 hours but wake up at noon and be unable to fall back to sleep.

This lack of sleep causes many symptoms, some of which are listed here:

These symptoms can lead to increased short-term risks for 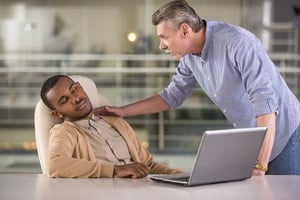 Increased use of sick time

These short-term effects are bad enough, but the long-term effects of untreated shift work are very alarming:

In addition to working the second or third shift, medical staff frequently work longer shifts (12 hours or longer) on a regular basis or put in overtime. This adds additional stress to an already-overworked employee, making them prone to making mistakes which can be deadly.

The administration of the wrong anesthesia or miscalculated dosage can result in permanent injury, brain damage or death, and surgical errors made by the surgeon or mistakes made by the nursing staff during post-op care can lead to further pain and suffering.

Over-the-road truck drivers who drive through the night are especially vulnerable to getting drowsy and having accidents.

Shift work is a necessary evil in an industrialized society like ours. From all-night grocery stores to factories to hospitals, employees work around the clock to provide services we need. Working a shift other than the day shift puts a strain on our bodies due to the misaligned circadian rhythms which keep the body functioning optimally.  Sleep deprivation is a dangerous condition and is the cause of many of our society’s problems.

KJ Navara, The dark side of light at night: physiological, epidemiological, and ecological consequences. Journal of Pineal Research, 43:215–224, 2007.

Work on a Rotating Shift? Then You Probably Have Lower Levels of Serotonin, August 3, 2007. Hyyp://articles.mercola.com

Bennington. How Sleep Deprivation Fries Your Hormones, Your Immune System, and Your Brain. https://breakingmuscle.com/learn/how-sleep-deprivation-fries-your-hormones-your-immune-system-and-your-brain