Alcohol and Sleep: What that holiday punch will do to your sleep?

The holidays are a time for partying, celebrating with friends and having a good time. Alcohol induces fun and camaraderie. But after the party is over, what does that holiday punch do to your sleep?

Alcohol (ethanol or ethyl alcohol) is the ingredient found in beer, wine and spirits that causes inebriation. Alcohol is classified as a depressant, but it can be either a depressant or a stimulant, depending upon the amount consumed. Low-to-moderate amounts relax the central nervous system, while higher doses cause sedative effects.

Standard Drink in US

In the United States, a standard drink is one that contains about 14 grams of pure alcohol, which is found in: 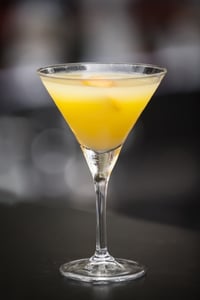 Of course, there is no scale sitting next to the party punch bowl, so counting drinks may not be as accurate as it could be.

Alcohol and sleep? Just how does alcohol affect sleep?

First Half of the Night

Alcohol does reduce the time it takes to fall asleep. Once the person is asleep, they will sleep soundly in the first half of the night, having more consolidated N3 slow wave sleep than normal.

N3 sleep is the stage of sleep where the physical body is restored, bones, muscles and other tissue regenerate, the brain cleans its cells of waste and debris, and the body restores a strong immune system.

Second Half of the Night

Around the middle of the night, the alcohol in the blood will have been metabolized.

For those who drink a small amount (about two standard drinks), alcohol will not seriously affect their sleep. This is why, if you must drink, it is wise to drink two or less standard drinks, but not every night.

For those who drink large amounts of alcohol, the second part of the night’s sleep will be disturbed and disrupted, causing intense REM sleep, REM rebound, breathing disorders, parasomnias, and fatigue in the morning.

According to Dr. Jessica Vensel-Rundo, alcohol can cause you to have more intense, colorful dreams and nightmares. The drinking of alcohol can activate REM behavior disorder, a disorder in which the person acts out their dreams.

Normally, humans are paralyzed during REM sleep to prohibit them from acting out their dreams. However, alcohol (and some anti-depressants) can lift that paralysis enabling the person to move while dreaming. This is a dangerous situation for both the sleeper and their bed partner.

This increased amount of intense REM sleep in the second half will cause shallow, fragmented sleep, multiple awakenings, nightmares or vivid dreams, sweating and general activation of the sympathetic nervous system.

Alcohol has a sedative effect in large doses. This sedation causes the airway muscles and tissues to relax significantly which causes the very relaxed airway tissues to collapse during sleep. The severity of obstructive sleep apnea is increased after a person drinks alcohol. 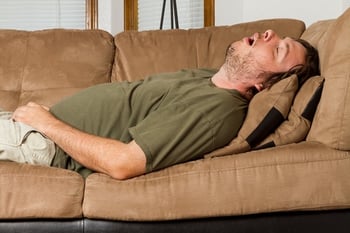 Alcohol use also causes increased oxygen desaturations and sleep-related breathing disorders, for not only that night, but for the following night even when alcohol has not been consumed prior to the second night’s sleep.

Parasomnias are behaviors and phenomena which disrupt a person’s sleep. Alcohol tends to activate parasomnia activity, such as sleep walking and sleep terrors, in N3 sleep. After ingesting alcohol, there may be episodes of sleep terrors and sleep walking.

During sleep walking, the person will be mobile and will respond when spoken to, but will actually be asleep.

Sleep terrors cause a person to awaken in a terrified state, often crying or screaming and being inconsolable, with heart pounding, fast breathing, sweating and flushing of the skin. The person may appear awake but will be unable to communicate. The person will eventually lie back down and appear to be asleep again. They will not remember the event in the morning upon awakening.

An abnormal heart rhythm called “Holiday Heart Syndrome” may develop, even in people who are otherwise healthy, if they drink excessive amounts of alcohol.

This arrhythmia is usually temporary and is associated with occasional excessive alcohol consumption.

Research has found that 28 percent of people with insomnia use a little nightcap to help them fall asleep. Alcohol, as a sedative, does cause a reduction in the time it takes to fall asleep—that is why insomniacs may use alcohol as a sleep aid.  Alcohol is not a good sleep aid, however.

According to Dr. Michael Stein’s research on the association between disturbed sleep and alcohol use, while up to two to three standard drinks before bedtime initially promotes sleep, these effects diminish in as few as three days of continued use.

Other research expressed concern that because of this reduced effectiveness over time of alcohol-inducing sleep, insomnia sufferers may resort to drinking more alcohol to increase the chance of slumber. This could lead to alcohol dependence.

Dr. Stein’s study concluded that the association of insomnia with alcohol use disorders suggests that the clinical evaluation of patients with sleep problems should include a careful assessment of alcohol use.

A research study led by Dr. J. Todd Arnedt of the University of Michigan Health System found that women’s sleep is more adversely affected by alcohol than men’s sleep.

Women who have consumed the same amount of alcohol as men, sleep much less soundly than the men. Women also sleep for less time, are awake more often and for longer periods of time in the night, and sleep more fitfully, experiencing more fragmented sleep. It is believed the exaggerated effects on women are due to the female body metabolizing alcohol more quickly and differently than men.

According to the National Institute of Alcohol Abuse and Alcoholism, “Women appear to be more vulnerable than men to many adverse consequences of alcohol use. Women achieve higher concentrations of alcohol in the blood and become more impaired than men after drinking equivalent amounts of alcohol. Research also suggests that women are more susceptible than men to alcohol-related organ damage and to trauma resulting from traffic crashes and interpersonal violence.”

There is no safe amount of alcohol for women trying to get pregnant or who are pregnant. All types of substances with alcohol in them are dangerous to the fetus.

Alcohol goes straight from the mother to the baby through the umbilical cord. The drinking of alcohol by a pregnant woman can cause devastating effects on the birth child.

Infants of Mothers Who Drink Alcohol

A study conducted in 1998 found that infants who drank small amounts of alcohol which was in their mother’s milk spent significantly less time sleeping than normal. This study observed that the vast majority of the infants had decreased REM sleep. The study concluded that even small amounts of alcohol in breast milk produced distinctive changes in the infant’s sleep-wake patterns.

According to the National Institute on Aging (NIA), older people may experience more adverse effects from drinking alcohol than younger people. They may have a lower tolerance to alcohol, feeling more inebriated with less alcohol. Intoxicating substances can also make the elderly less stable on their feet and may cause more falls, fractures, injuries and car crashes. 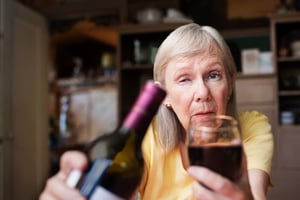 Seniors who consume alcohol over a long period of time may have liver or brain damage, certain kinds of cancer and immune disorders; suffer from osteoporosis, diabetes and high blood pressure; and be forgetful and confused.

The NIA recommends that seniors drink no more than seven drinks a week, and no more than three drinks in one day. So if your old Uncle Charlie is swaying, you may want to steer him away from that punch bowl.

The holidays are a time of joy and giving. Partying and the ingestion of alcohol is part of the celebratory culture. Kept to a small or moderate amount of drinking, alcohol will not disturb your sleep or the festivities. However, drinking large amount of alcohol can cause significant problems and have adverse effects on sleep and other behavior.

Insomniacs, women and the elderly who drink alcohol may suffer from more difficult and unique sleep problems as a result of drinking alcohol.

Feige, B. Effects of Alcohol on Polysomnograpically Recorded Sleep in Health Subjects. http://onlinelibrary.wiley.com

Why You Should Limit Alcohol Before Bed for Better Sleep, http://health.clevelandclinic.org

Stein, M. Disturbed Sleep and Its Relationship to Alcohol Use. www.tandfonline.com