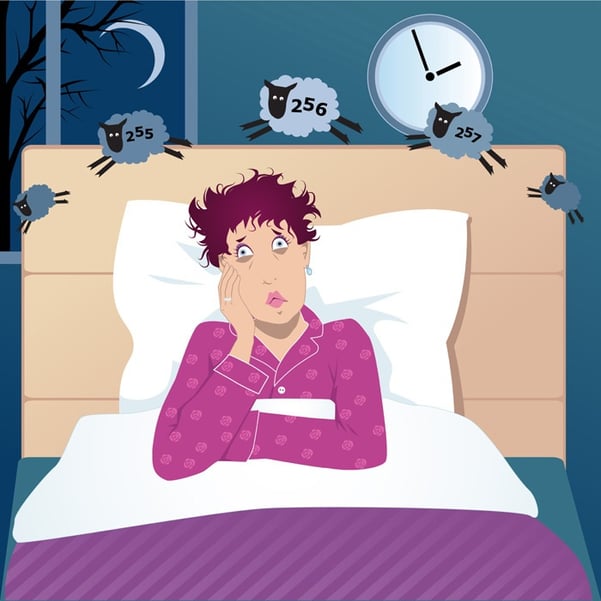 Menopause is not a singular process, but a series of transitions that mark the end of fertility cycles for a woman. Peri-menopause starts the transition with reduced production of the female hormones, estrogen and progesterone. Eventually (over several years), these shifts in chemistry lead to the end of menstrual cycles. One year after the cessation of menstruation marks the completion of the transition to menopause, with the time afterward referred to as post-menopause. 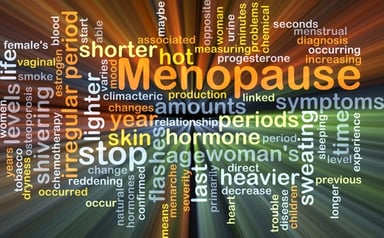 During this transition, common symptoms include hot flashes and mood swings.

Fibromyalgia, problems with anxiety, arthritis, anemia-related movement disorders, and the development of depression also tend to become more prevalent at this time in a woman’s life and can result in problems with sleeping.

Sleep disruption is a more common complaint, however. As many as half of all women experiencing the menopause transition have trouble sleeping, usually due to insomnia or nighttime awakenings caused by hot flashes.

Research shows that menopause can alter sleep architecture (those stages of sleep we encounter throughout the night) in ways that can lead to lower quality sleep overall.

What women may not realize is that sleep-disordered breathing can and does develop during this time as well. By the time women reach the post-menopause phase, the odds are good that they will have experienced some form of sleep-breathing disorder.

Data from the 2007 Sleep in America Poll of the National Sleep Foundation demonstrated evidence that 35 percent of women entering menopause could expect to face a higher risk for developing the most serious form of sleep-disordered breathing—obstructive sleep apnea (OSA)—by the post-menopause phase, compared to younger women.

Usually this progression begins with problems with upper airway resistance. These problems can lead to snoring and—given the right conditions and no awareness or effort to correct these problems—sleep apnea.

This early precursor to sleep apnea was first identified over 20 years ago as a condition in which some patients were found to work harder to breathe at night because their ability to inhale fully was limited in some way. This symptom was labeled upper airway resistance. The syndrome itself (UARS) refers to a cluster of complaints by these same people:

Looking more closely at these patients, researchers discovered some other commonalities:

During sleep studies on these subjects, OSA was ruled out, leading researchers to seek a better way to define these sleep breathing problems which, while not as serious as sleep apnea, might become part of a progression leading to its development.

We recently described in this blog the reasons why we snore. We often think of snoring as a man's problem, but the truth is that women can and do snore, with much more frequency than people may think.

Weight gain that accompanies pregnancy, which also accompanies menopause later for some women, leads to the development of snoring.

Mild, infrequent snoring may be considered harmless. However, in the presence of UARS, snoring can become a nightly problem.

The progression from UARS to full-blown "primary" snoring can be marked by increases in the intensity and volume of snoring sounds, a recent rise in blood pressure, and complaints of headaches or sore throat in the morning.

Snoring itself is linked to health problems for people of all ages, including hypertension, cancer, stroke, and other major concerns. It's also a major concern for women entering the transition of menopause because, if left untreated, it can be the connecting link between UARS and OSA.

Sleep apnea symptoms in women may or may not mimic those in men. Often, the classic symptoms that men with OSA present do not show up in the same way in women.

Women are more likely to have complaints of restless legs, fatigue, insomnia, morning headaches, or mood swings, rather than the loud snoring and choking that men experience. 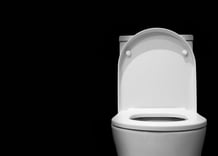 Menopause and OSA together may actually also explain a sudden trend in nighttime awakenings. Often, women who are unaware they have OSA will awaken thinking they need to use the restroom.

While bladder problems aren't uncommon for women in this age group, it's not safe to assume a full bladder is the reason why you woke up: sleep apnea will also wake you up, and the stress hormones that are released upon awakening from an apnea will signal to your brain to empty your bladder, even if it's not full.

Why sleep-disordered breathing is a problem

Women and sleep apnea are not a healthy combination in the golden years. Untreated OSA leads to a host of other problems that might also plague people in this group: gastroesophageal reflux disease (GERD), diabetes, heart disease, depression, hypertension, and obesity.

Developing a case of OSA on top of all of these other medical conditions will only serve to aggravate your health or increase your risk for developing these chronic problems.

Menopause and sleep apnea don't have to go hand in hand. Paying attention to sleep-breathing problems while in peri-menopause—and treating them early—is one way you can help improve your sleep quality during this stage of life.

Seeking medical advice when your bed partner tells you that you snore or gasp at night is important for your health and well being! You can trust that your sleep physician will help you find the right solution for your sleep-breathing problems.

At Sleep Resolutions, we can help you decide how to approach your concerns about menopause and sleep with a quick call to one of our two convenient locations in Kansas (Garden City or Dodge City) at (620) 271-9400. Let us help you or your loved one take the next step to quiet, healthy sleep.

When You're Self-Conscious About Using CPAP

What Is a Sleep Apnea Mask (CPAP Mask)?