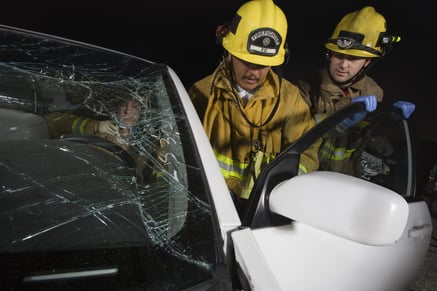 Drowsy driving is a concern that often gets overlooked in all the media messages focused on driving while texting or under the influence.

However, drowsy driving is just as dangerous, and largely preventable.

What is drowsy driving?

Drowsy driving occurs when you fall asleep at the wheel or are so drowsy that your ability to operate a motor vehicle is compromised. If you are sleepy while driving, you lack the appropriate reaction time and judgment abilities necessary to make decisions in the moment when something goes wrong.

It can happen to anyone, as well. Young or old. Male or female. In the city, in the country. During the day, at night.

And while most people think the idea of getting behind the wheel while fatigued is reckless and irresponsible, reports show that, nationwide, one third of all drivers have admitted to falling asleep at the wheel or driving while drowsy.

AAA Foundation for Traffic Safety president Peter Kissinger said, “Although the vast majority of drivers recognize the serious threat of drowsy driving, a ‘Do as I Say, Not as I Do’ attitude exists when getting behind the wheel... Drivers have a tendency to underestimate the impact being tired has on their driving ability, which puts themselves and others at risk.” 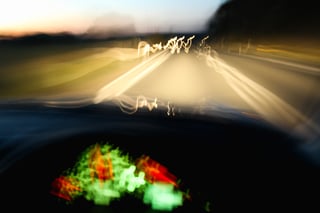 Statistics are hard to nail down for drowsy driving, as law enforcement is often unable to correctly identify it as the cause of an accident.

Each state has its own version of a drowsy driving law (often buried in a distracted driving law).

However, as the dangers of drowsy driving continue to multiply, and awareness leads to more advocacy, more legislation at the state level is cropping up to help define drowsy driving and address ways to enforce the rules.

Usually the driver will admit to having fallen asleep, or the absence of skidmarks and other key details about the driver (such as the fact they work graveyard shift) can bring the possibility to light.

The National Highway Traffic Safety Administration (NHTSA) estimates that 100,000 accidents annually are the direct result of driving while sleepy. Current estimates from the NHTSA suggest that up to 20 percent of annual traffic deaths in the US are "attributable to driver drowsiness."

While anyone can fall asleep at the wheel, the Centers for Disease Control (CDC) identifies shift workers, drivers who suffer from untreated sleep disorders, and younger males as most at risk for becoming involved in drowsy driving accidents.

As with every other state in the union, Kansas has its share of news reports about drowsy drivers and their impact on communities.

Here are some recent headlines:

The most recent statistics on drowsy driving in Kansas come from the "State of the States" report on drowsy driving compiled in 2014 by the National Sleep Foundation (NSF). That report found that 3 percent of all Kansas drivers in the previous 30 days were likely to fall asleep at the wheel. Who really knows how many traffic fatalities in Kansas are caused by drowsy driving?

That may not seem like a big number, but there are likely close to a million drivers in Kansas. Even conservatively speaking, 3 percent of all drivers is still somewhere between 15,000 and 30,000 sleepy drivers we could encounter in a month's time!

Our state falls somewhere in the middle of averages when it comes to the prevalence of drowsy driving (Hawaii and Texas fall asleep at the wheel nearly twice as frequently, and Oregon and Tennessee ranked lowest at 2.5 percent). 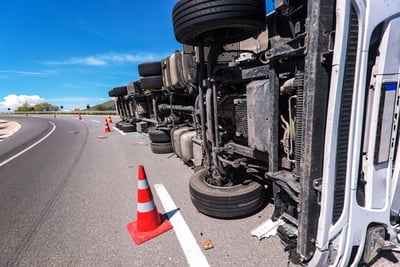 We should not take these statistics lightly. Private and commercial property and vehicle damage is expensive, nonfatal injuries can be serious enough to disable the drivers and their victims, and fatalities are more common than they should be.

Especially of concern at the national level are safety risks associated with long-haul commercial truck drivers.

They may suffer fatigue not only due to the nature of their work, but also because this population of workers also has a higher risk for sleep disorders, which could lead to daytime fatigue, if left untreated.

In the state of Kansas, there is no law against drowsy driving. However, law enforcement does categorize it as a form of distracted driving, for which there are penalties.

Charges would fall under "failure to maintain a single lane" or "reckless driving." Often, the big clue that a person in an off-the-road accident has fallen asleep at the wheel is the lack of skidmarks on the road prior to leaving the lane.

Here are some other aspects of Kansas drowsy driving laws worth noting: 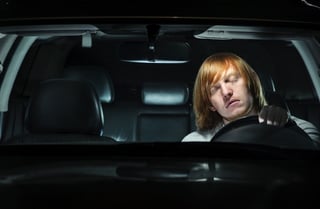 How do you know if you're too drowsy to drive?

Look for these warning signs:

Ultimately, we are still our own best judges about whether we should get behind the wheel of a car if we are experiencing sleepiness, fatigue, or drowsiness of any kind, which means we need to be talking frankly to ourselves about our current sleep health.

Why do we drive drowsy?

The main reason? Sleep deprivation. Simply put, we're not getting enough sleep. That makes us drowsy during the day (even if we drink pots and pots of coffee). 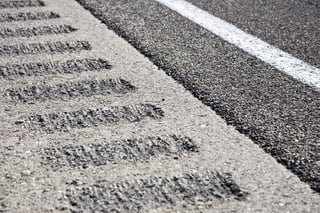 How to avoid drowsy driving

We don't always recognize when our alertness is impaired by sleep debt or deprivation.

That is why the most obvious way to avoid drowsy driving is to do more than just "not drive while drowsy."

In short, you need to get adequate sleep. If you aren't, it's time to make sleep a priority.

It is better to never be drowsy during the day. If you experience daytime fatigue, sleepiness, or drowsiness on a regular basis, these are warning signs that you might have an undetected sleep disorder.

The most common sleep disorders that can lead to problems with drowsy driving include obstructive sleep apnea (OSA), restless leg syndrome (RLS), and insomnia.

If we shortchange ourselves of sleep, night after night, we are setting ourselves up for health problems down the line as well as increasing our risk of becoming a part of these drowsy driving statistics.

What to do if you're drowsy while driving

These tips come from the AAA Foundation for Traffic Safety.

Don't believe the common myths associated with drowsy driving, as outlined by MySleepApnea.org:

PSA Kansas also has a simple drowsy driving quiz you can take to see how much you know about the problem and whether you might be at risk for this dangerous behavior.

Here at Sleep Resolutions, we are poised to help you resolve your sleep issues so you can drive safely on Kansas highways and byways.

Please don't hesitate to call us if you've experienced problems with falling asleep at the wheel or driving while fatigued. We are here to help keep you safe!