Is OSA to blame for my eye problems? 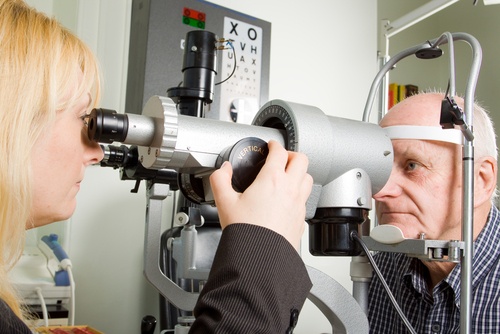 OSA is a respiratory disorder that occurs during sleep. During an episode of sleep apnea, the airway partially or completely collapses for at least 10 seconds (and up to two minutes), repeatedly occurs throughout the night, and deprives the brain and body of oxygen.

This oxygen-deprived state, called hypoxemia, takes its toll on all of the organ systems. OSA is dangerous enough to be associated with the top causes of death in the United States. 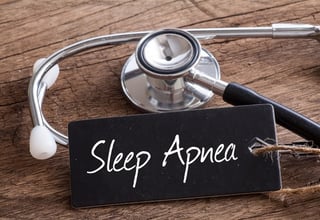 Damage to the eyes from untreated OSA is common. The reduced amount of oxygen entering the lungs and being transported to the optic nerve and other eye structures makes the eyes and the optic nerve susceptible to damage.

Floppy eye syndrome presents as a loose, rubbery, extremely large and floppy upper eyelid that can turn inward or outward, exposing the whites of the eyes during sleep. Virtually 100 percent of patients with FES have OSA, though less than 5 percent of OSA patients develop FES.

A lack of oxygen due to OSA’s repeated respiratory pauses are thought to lead to an increased production of chemicals that tend to decrease tissue elasticity. According to Dr. Deepak Grover, D.O., a neuro-ophthalmologist practicing near Philadelphia, FES may present initially as eyelid laxity which can develop into FES as a result of the dense connective tissue in the eyelid becoming weak. This weakness causes the eye to remain open during sleep.

As a result of the eyelid not closing completely during sleep, the patient will experience dryness, redness, irritation. It may also cause keratitis (an inflammation of the cornea caused by an infection), conjunctivitis (also known as pink eye—a viral or bacterial inflammation of the thin clear tissue that lies over the white part of the eye and lines the inside of the eyelid), or mucous discharge from the eye due to irritation. 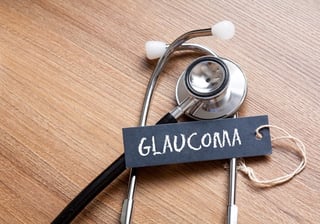 OSA is an independent risk factor for open-angle glaucoma.

Glaucoma is a disease that damages the optic nerve of the eye due to pressure build-up in the eye. It is the leading cause of blindness in people over 60 years of age.

It is believed that, again, poor oxygen delivery to the eye due to OSA is a significant contributor to developing glaucoma. Twenty-seven percent of OSA patients have open-angle glaucoma and 43 percent have normal-tension glaucoma.

This buildup of carbon dioxide will cause dilation of the blood vessels and increase pressure. Symptoms a person may experience include hemorrhage in the eye and enlarged blind spot, with possibly blurred edges. Continued pressure will lead to mild to moderate optic nerve swelling, causing headaches, nausea and vomiting, and blurring of the vision.

NAION is strongly linked to OSA. Seventy to 80 percent of patients with NAION have OSA. NAION refers to blood flow loss in the optic nerve caused by the body’s inability to deliver oxygen (due to the apneas).

NAION results in sudden, partial vision loss in one eye, which is usually noticed upon awaking. The vision loss may be reversible after days or weeks. For those who suffer with NAION in one eye, there is a 20 percent change that the other eye will also be adversely affected by NAION. NAION is the most common acute optic neuropathy in patients older than 50 years of age.

According to Dr. Kun-Ta Chou, RVO is a vascular disorder of the retina which causes blurring and vision loss during awakening due to blockage in a vein that carries carbon dioxide from the retina.

Dr. Chou’s research has found that sleep apnea may be an independent risk factor for RVO, and of all the retinal conditions, RVO is the most common type associated with OSA.

Diabetes is a serious condition which affects the eyes. It is estimated that 40 percent of people who have OSA have diabetes.  In people who have diabetes, the prevalence of OSA may be up to 23 percent, and diabetics who have some form of sleep-disordered breathing may be as high as 58 percent.

The Solution Could be the Problem

CPAP is the gold standard for treating OSA. CPAP blows pressurized air through a hose into a mask the patient wears. The air mechanically keeps the airway open.

There are times when the mask may not be seated completely and a leak blows air into the eyes. This air blowing in the eye causes irritation, redness, and dryness. The fix is to pull the mask away from the face for a second and then reseat it. The leak should be gone. If the leak continues, adjust the straps to place the mask more securely on the face. Be sure not to overtighten the mask, however, as that will cause more leaks.

Continued problems with a mask should be dealt with by contacting the durable medical equipment (DME) company. They can assist you with finding a more proper fitting mask for you. 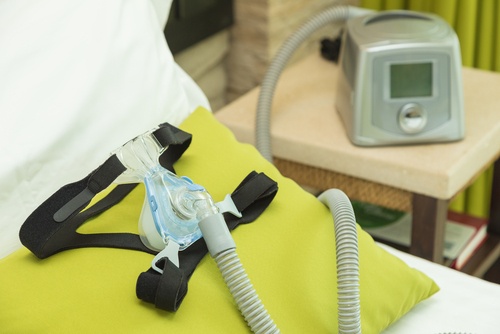 Treating OSA results in the reduction of or elimination of these eye conditions, along with other medical conditions that are created or worsened by sleep apnea.

CPAP is the modality most often used for treating OSA. Other options include oral appliances, surgeries or other therapies that are appropriate for the patient.

Obstructive sleep apnea is a respiratory condition that creates a condition of hypoxemia in the body. Hypoxemia adversely affects and damages cells in all of the body systems, including the eyes.

This lack of oxygen can result in pressure build-up in the eye, damage to different parts of the eye structure, including damage to the optic nerve damage, the veins that feed the retina, and the structure of the eyelid. This damage results in the promotion of an environment for infection, mucous production, hemorrhage, vision loss and blindness.

If you suffer from any of the eye conditions above, or if you suspect you may have sleep apnea, speak with your primary care provider or sleep specialist. Initiating treatment for sleep apnea may eliminate a major roadblock on your path to good health.

Sutton, Keep an eye out for OSA, Review of Optometry, Feb. 15, 2013. www.reviewofoptometry.com 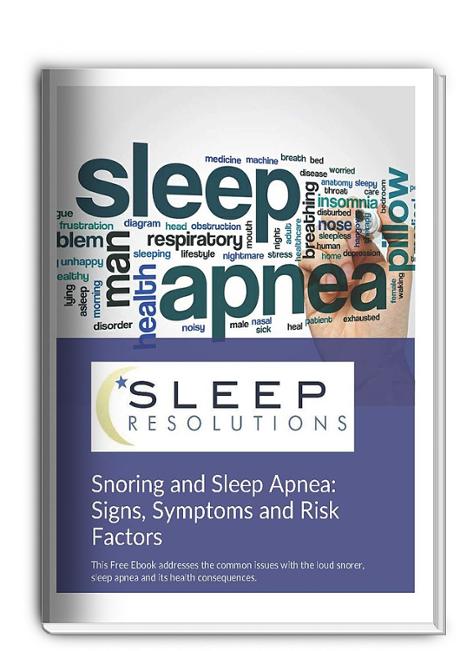