The problem of light pollution and sleep 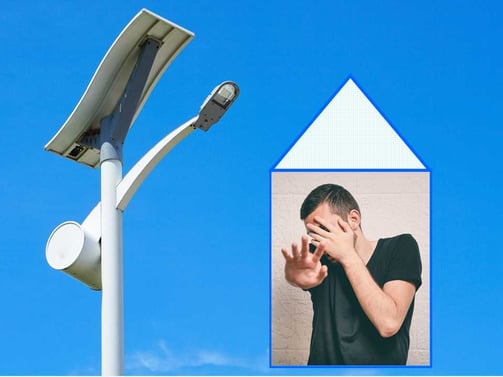 Ahh, the long, hot days of summer. Sometimes the nights can seem equally as long if bright lights are inhibiting your sleep quality. Energy-saving in a stressed economy, and especially bothersone in recent times, light-emitting diode (LED) streetlights have become a notorious sleep bandit for those attempting slumber closeby.

Compared with standard incandescent street lamps, LED streetlight use much less energy, and, of course, this is better for the environment and saving money. The cons are that they often emit much more light, notably the blue light that impedes natural melatonin production and good sleep.

Conflict with our natural sleep patterns

Exposure to nightime light stops the release of melatonin via the pineal gland. Light cues from computers, phones, televisions, and --you guessed it -- LED streetlights all have a negative impact on the body's circadian clock due to the decrease in melatonin. This disturbs sleep and can contribute to excessive daytime sleepiness.

You can simply turn off your computer and phone, but challenging the powers-that-be regarding removal of LED streetlights may not be an easy task. Aluminum window coverings may be an economical solution considering how precious good LED light-free sleep can be.

Invention of the light bulb and circadian rhythm

Circadian rhythms in synchrony, humans were "built" to sleep when it is dark at night and to be awake when there is light in the daytime. Never more was this simple balance interrupted as when the famed scientist, Thomas Edison, and his research team in Menlo Park, NJ, introduced the light bulb to Americans. Although the earliest research  of the light bulb hailed from Great Britain, Edison patented the invention in 1879 and it became commercially available the following year in the U.S.

Technology advancements come with a price

To embrace other benefits of a 24-hour world, no more were humans to simply sleep during the night. The light bulb made a 24-hour society possible through the conduction of round-the-clock operations in almost every sector of the American workforce. This invention also directly ushered in the practice of shiftwork.

The invention of the light bulb may have advanced technology and quenched a constantly driven thirst for profit, but have failed to make adequate allowance for human limitations.

Martin Moore-Ede, M.D., Ph.D., president and chief executive officer for Circadian Technologies,  Stoneham, MA, warns of risks, costs and challenges of a world that never stops. Moore-Ede is a noted authority in fatigue risk management.  Moore-Ede points out that In the 1970s, a team of Harvard & Cornell researchers found that the brain had a 24-hour "circadian" clock which  exerted strong control in regulating human biological timing, including the duration and stages of sleep.

These findings sparked the development of the scientific concepts underlying fatigue risk management. As the demand for fatigue management systems grew, it became essential to develop methods to quantitatively measure fatigue. Researchers, including Moore-Ede, began to develop mathematical models to predict fatigue based on the well-established science of sleep and circadian rhythms.

Can the body conform to a non-24-hour cycle?

From June 4 to July 6, 1938, some of the first light and temperature fluctuation studies were conducted by Dr. Nathanial Kleitman. He and his student and research assistant, Bruce Richardson, conducted experiments and braved the subterranean environment to see if they could train their bodies to abandon the cyclical rhythms of the 24-hour day. The men sought an underground cave free of external visual daytime light cues and a chilled temperature.  Chosen was Mammoth Cave is in southwestern Kentucky, with a depth of 140 feet underground. In the darkness of Mammoth Cave with a constant temperature of 54 degrees, lanterns were used to regulate exposure to light.

Kleitman and Richardson slept for 9 hours, worked for 10, and then slept for another 9 hours. They measured the rhythm of body temperature, finding an endogenously generated 24-hour body temperature cycle, despite the self-imposed 28-hour cycle. Richardson, who was 20 years old at the time, said he felt he was better able to adjust to the new pattern after just a week in the cave. Kleitman, then age 43, felt that his internal clock did not move towards a non–24-hour schedule. Kleitman began getting tired at 10:00 p.m. and feel awake and alert eight hours later. 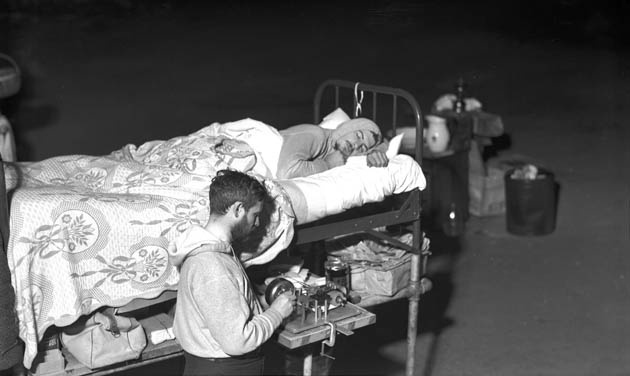